We are quickly approaching harvest time and I tell ya I am nowhere near ready. What harvest means for me is, I almost become a single mom for a whole week to a week and a half. My husband is up and out the door early and home late, late at night.

It also means I have to prepare my husband a crapload of breakfasts and lunches. Luckily my Sister-in-Law serves the crew dinner.

This year my two oldest will be in New Mexico for a Pow Wow with my Mother-in-Law so, luckily, my life won’t be so hectic.

Well off to make breakfast burritos…

Tonight while watching “America Has Talent” I seen a man, who was openly gay. He stated that his parents told him when he was younger that they recognized and didn’t approve of his sexual orientation. His eyes watered and he said that was and still is one of the most painful things for him.

Now let me emphasize that his mom was there for him at his try out. But it is a natural human need to be accepted by our parents. I have heard of parents disowning their children because of their sexuality.

As a parent, I can’t imagine denying my child of my love and acceptance. Being a military brat and moving from place to place, adapting was just part of who I was and still am. Accepting people for who they were/are just comes natural to me.

The way I see it, ignorance and hate are just a waste of your time and energy. And who is to say that one of my children or grandchildren might be gay. How could you one day unconditionally love this small person you’ve raised then the next turn them away?

I’m not saying they are bad parents I just don’t understand. I, personally, advocate for equal rights because…well I want my kids to live in a world where they can love who they love.

Now I feel like I am just rambling and although I may lose some readers I had to get this out. Thank you for reading.

I seen this on a friends Facebook page and thought why not fill it out and share with you fine folks?

1. I have a hard time writing facts about myself.
2. I am unbelievably in love with my best friend….. SO TRUE!
3. We have been married for 3 years! Will be 4 years in November!!!! 🙂
4. We had a courthouse wedding and it was perfect.
5. I wish we could move all over.
6. I wish I could work.
7. Someday I want to go back to school and get a teaching degree.
8. I would love t swim with whales even though my hubby is terrified of them.
9. I should be cleaning right now.
10. I love hearing my babies laugh
11. I wish sometimes I could believe in religion.
12. I LOVE living in the middle of nowhere and would never ever trade it for anything.
13. The only thing I miss about the city is a good grocery store and a choice of things to do.
14. I love being outdoors
15. I wish I could fly in a plane (totally terrified):)
16. I LOVE to crochet
17. I want to visit Germany where I was born
18. I’ve never been to Disney
19. I want to own my own business someday
20. I have extremely wonderful in-laws that I love dearly! 🙂
21. Sometimes I wish I hadn’t gotten my tubes tied then the kids start fighting
22. I want to do roller derby
23. I love to cook and bake
24. I want to partake in the Spartan Race
25. I get depressed often because I feel like a bad mom 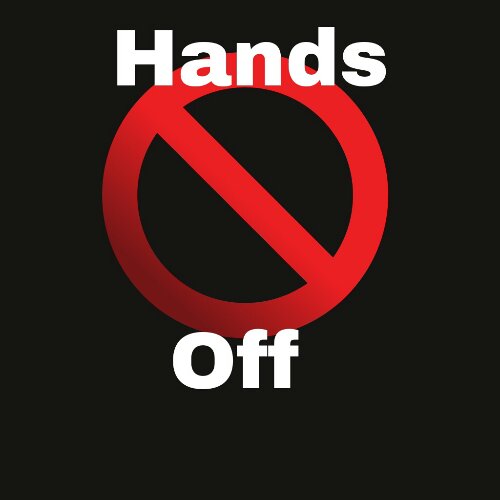 So I was searching the net for interesting articles and came across an article in regards to tickling. The author states that tickling in some studies and shown that when adults look back at their childhoods tickling was more harmful than anything else due to the tickler not stopping when asked to.

I, personally, cannot stand to be tickled. It feels like thousands of small needles poking my skin. But I do not feel as if I had a traumatic experience with it as a child.

We tickle in my house (unless the kids don’t want to be). Read the article here and give me your thoughts in the comments.

So I want to start something new. At one point I was an aspiring entrepenuer and tried selling my crochet goodies. I may have done better had I actively gotten my name out there so I would like to help other WAHMs with advertising. Each week I will feature a new Mama and her business/service. What I need from you if you would like to be featured is for you to answer the following questions and either email me at mommadbag@yahoo.com or message me on Facebook.

~Your Name:
~Business Name:
~Facebook URL:
~What do you do?:
~A little about yourself:

You can also include pictures so I can show off what it is that you do!

Ok so last night I had a dream that my daughter and I were kidnapped by some big scary men on motorcycles. Then I’m awaken by the sound of a revving engine and loud knocking on my door. Needless to say I was shaken but to my relief it was my mom and stepdad come to surprise us! It was definitely a nice surprise. 🙂

My stepdad with my middle babies.

Boy things sure have changed since kid #1 to kid #4. With my oldest we played ALL THE TIME when I wasn’t at work or school. I had a great balance of motherhood, work and play. Fast forward to now (three kids later) and it feels like my days fly by so quickly that by the end I realize I didn’t play nearly as much as I should have.

I feel really sorry for my oldest (whom I admit I don’t hug enough BUT I do tell him I love him many times throughout the day). I’ve lost touch with how to play on his level, I’m not a gamer and don’t understand half of the ones he plays anyway. We do go on walks together everyday and if we can’t I try to make it a point to talk to him about what is going on in his everyday life.

Now before hundreds of other moms jump on my case, let me say that I make an effort to send time with my babies as much as I can during the day. I go to school parties and events and I make sure they’re involved in extracurricular activities. We go outside and spend time in the pool as well.

I make sure that they have activities for them to do and that they know their boundaries.

I guess my real problem is that I feel time is passing way too quickly and that I can’t spend equal, quality time with each of my children. I sometimes wish life had a pause button and that I could take in each moment with them…

How many kids do you have? How do you make sure to spend quality time with each?

I originally had written the following post as a contest submission a few years ago, and while cleaning out my computer found it. I wanted to post it for you all to read.

I told myself when I decided to sit down and write this that I would be honest……..not only with myself but my readers as well. I’ve always struggled with my body image and self-esteem. Seeing my body as something beautiful has always been a difficult thing for me. I’ve always been short, had big legs that were mismatched from my body and I’ve always been kind of awkward. After having children that struggle has become more of a battle, a war within myself. I have yet to lose a lot of my pregnancy weight, in fact I’ve put some weight on. Mostly in part because I’ve created such an elaborate love affair with food and also because in some ways I’ve given up. I look in the mirror and see a disfigured belly from the three different times it’s stretched and un-stretched, breasts that sag due to breastfeeding and that space between my thighs that used to be somewhat cute and never touched, now it does. Oh, and how did I forget the stretchmarks that seem to cover all the parts of my body that are supposed to be beautiful. Sitting here, writing this is difficult but I need to do this for me……….and for her. My sons have a strong, confident role model in their lives, I want to be that for her. I don’t want her to grow up and look up to the 95 pound pop star, I want her to look up to me. I want to be the strong, influential woman in her life. Even if I never fully regain my pre-children figure, I want to love my body, for once feel beautiful in it. It has sheltered, birthed and nurtured three wonderful kids and the stretchmarks and weight are testimony to the lives it has created. I want my daughter to know that no matter what her body looks like, that she is beautiful and that she will be strong and I want her to learn that from me.

Since this was written, my body has gone through another baby but I am not as self conscious about my postpartum body. I’ve been working out and taking care of my body better giving me just that much more self esteem.

Every summer it seems like my husband finds us projects to do around the house. Right now we are in the process of building our two adorable Australian Shepherds a new kennel.

I’m pretty proud of his craftsmanship (and my wood staining skills) on this one and can’t wait til it’s done. 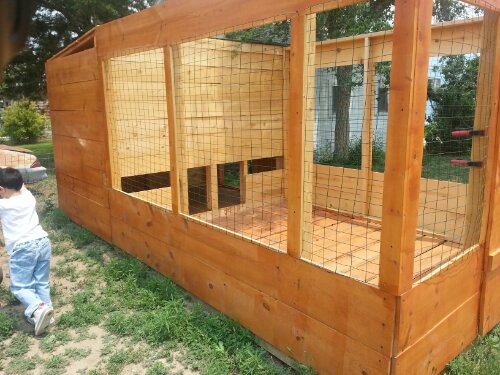 Since taking the above picture, I’ve stained the inside and my husband has finished cutting and screwing in all of the wood to complete the outside. All that is left now is to frame the inside area where the dogs will sleep.

A blog about being a Mom, wife and some random other stuff.

A Creative Life in the Big Apple

Lao-American honesty about parenting, relationships, and you

comfort food with health in mind

The adventure of NikkiM

Pathway To A Healthier Life

about women who do amazing things

My journey through PAO surgery and getting back more mobile moments

Best not to think about it

Momma's Got A Brand New Bag
Create a free website or blog at WordPress.com.